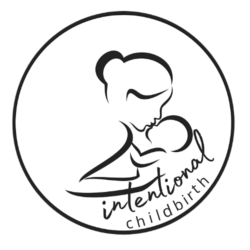 Shannon’s birth story is a wonderful example of an intentional childbirth. Even though Shannon had a lot of twists and turns through her pregnancy, labor, and even afterward with a retained placenta, she and her husband stayed the course with their decisions, making the best of the surprises. Enjoy this birth story!

This is the story about the birth of my daughter and the man that I love. If you know me well, you know I’m kind of a control freak. Right? So, I spent months planning the perfect birth of T. At around the 4-month mark, the doctors noticed I had a problem with my cervix. They called it an incompetent cervix. I was upset. Nothing about me is incompetent. Anyhow…that meant I had to get an ultrasound every 2 weeks to make sure my baby didn’t just “fall out”. It was so scary, but it was so cute seeing her grow and grow. She started sucking her thumb and would often spread eagle for us just to show us she was indeed…a girl.

I made my husband endure countless baby and birthing classes. We did a 4-week birth & breathing class, a baby care class, and I even signed John up for a Dad’s only “prep” class, which he said pretty much amounted to a grumbling session with dudes. After that he said, “no more classes”

I had a three-page birth plan I drilled my midwife and doula on. I had my bag all packed and I was ready. I even had a cute little nightgown to wear.

I was ready and in control.

When I hit 40 weeks, I was 5 cm dilated and NOTHING. The midwife was kind of freaking out because it was my first baby. I was dilated pretty far and there were still no signs of labor. T’s due date was 10/10/10. I REALLY wanted her to be born that day because it’s like the coolest birthday ever. We walked the mall, walked the neighborhood, ate spicy foods. We tried everything (well almost everything…if you get my drift). But, that day came and went. I had to see the midwife every day at that point and there were no signs this little girl wanted to meet the world. She was happily kicking me in the ribs and sucking her little thumb, all nestled up in the womb

At 40 weeks and 6 days, we were out of time. It was the last day that I could deliver in the birthing center. One more day and it was off to the hospital for me, which I was 100% convicted I was NOT doing. I considered a home birth but we lived high on a mountain behind two gates and when firefighters would come to our house to grab the rattlesnakes they would rant about how hard it was to get there, so I didn’t want to chance it. That day we walked, ate spicy foods, and then the midwife suggested I take castor oil. I made a rootbeer float with castor oil which tasted like rotten fish and an old gym sock with a smidge of the scent of root beer. I chugged it down and about an hour later literally pooped my brains out

. But It did the trick. All those colon convulsions sent my uterus straight into labor…at contractions 2 minutes apart

John went into frantic mode and we were off to the birth center. By the time I got there, I was 10cm and ready to go. That nightgown lasted like all of 3 minutes and I could have cared less who saw me walking around in my birthday suit. I was in labor for about 3 hours total when our little angel peeked out her head and said hello, while I was in a full squat with John behind me. We had planned it that way because, to be frank, I didn’t want John getting the full visual onslaught of the baby coming out. I spent some time in the birthing pool and then got out to deliver so we could do cord-blood banking.

It was the most fantastic birth ever. I did it naturally, it was fast, I was held in my husband’s arms, my daughter was healthy and strong and so alert. John held her first after they took her off my belly as I walked to the bed. As soon as I laid on the bed, T latched on. Weird but natural.

The birth was beautiful, the after-effects not so much. I had placental retainment

. The nurses spent hours doing everything they knew to do to get the retained placenta out…mostly because I refused to go to the hospital. After 4 hours, I had to go. I was losing a lot of blood and my blood pressure was dangerously high. On the way to the hospital, I “schooled” John on what to expect. I had worked in an emergency room for years and I was prepping him to stand his ground with what I wanted. I told him immediately I did not want a blood transfusion and wouldn’t need one unless I went unconscious. I told him to NOT let them touch or take the baby. As soon as we rolled in, a nurse came over and tried to take the baby. They wanted to admit her to the nursery. There stood my husband with a firm “NO THANK YOU”. We didn’t need it and didn’t want it. They started in with the “threats”…the “baby could be in danger”, “you’ll be too focused on your wife” “let’s just check her”. My midwife stepped in as well and said NO. T was packed in her little car seat sleeping away, well-nourished from my breast milk and exhausted from the birth. So freakin’ cute

Then came the urgent demands that they give me blood. I was still conscious and said no, so they began to badger my husband. “She could die.”….Ummmm….”looks like she’s doing fine to me.” “Her breast milk won’t come in…” Ummmmm….”have you seen her boobs, they’ve been squirting milk for a week” On and on they went. My amazing husband stood his ground. Protecting me and our baby. I had a D & C and woke up in a hospital room in the maternity ward. Just when I woke up, T woke up. John handed her to me to nurse her. Again, there was a nurse wanting to take her to the nursery. “but you need rest.” I felt like saying, “back off!”

but instead muttered, “No thank you”. John and I spent the next few hours just staring at this precious little being who completed our little family. I swaddled her up and rested her on the Boppy pillow. A nurse came in and freaked out, telling me I would suffocate my baby that way because she could roll over and not breathe. I knew my little baby wasn’t going to roll over and somehow wiggle out of this burrito of a swaddle I got going on (which I mastered perfectly in our baby class). We went home later that day and the rest is history. John has been a hands-on, loving, supportive dad since day 1. I thought about this yesterday when he walked up behind our daughter, put his arms around her, and rested his chin on her head. We’re blessed.

*Disclaimer: The choices made in these birth stories do not necessarily reflect the views of www.intentionalchildbirth.com but are parents sharing their own decisions and experiences. 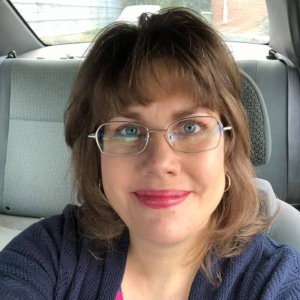